We are proud to announce the new release SAM 7.0 (currently available in English, German, Dutch and Spanish, but the other languages will follow soon), which provides the following new features:

Constrained Optimization (only in SAM Professional)
The feature of User Defined Results opens the path to perform constrained optimization by adding the
constraint condition as a penalty function to the original function one is optimizing.

New Licensing System
The new licensing system supports node-locked licenses and floating licenses. It is a two-step approach
in which customers first receive an activation ticket. During the activation process, which requires
internet access to send information to our central license manager, the final license will be generated
and send to the customer.

Various Smaller Enhancements
Display of a scale; export selection & reordering of a subset of results; when exporting a mechanism as 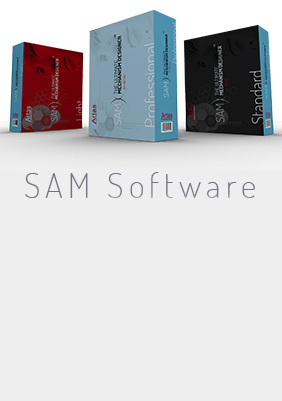